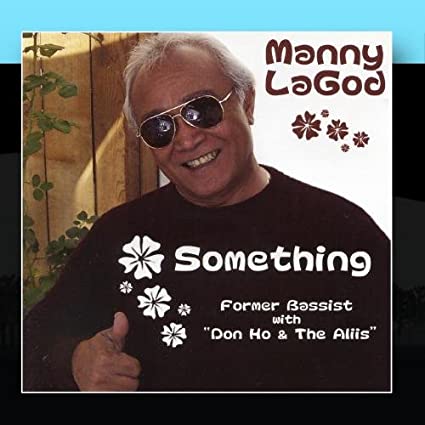 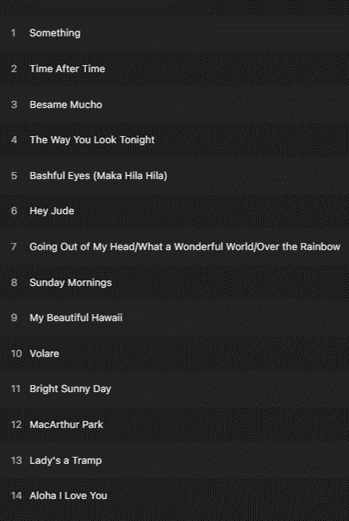 Purchase Your Personally Signed "SOMETHING" CD Today. Send Email To Manny Lagod only $20.

*MUSIC TO TAKE YOU BACK

Single and now living in the Southbay of Los Angeles California performing mostly at private parties and luau’s.

Original Member of the Don Ho and Swinging Alii’s show at “Duke Kahanamoku’s.  Winner of the Male Singer / Song writer of the Year at the 16th Annual Los Angeles Music Awards and Current recipient of a “Life Time Achievement Award” with the Alii’s presented by the Hawaiian Academy of Recording Artist (“HARA”).

DISCOGRAPHY: Manny’s CD Titled “Something” is in the Top 10 radio playlist in Tucson Arizona, Williamsport PA, Hartford CT and Maine. Available on CDBaby.com!  Recorded & toured as bass player & vocalist with Don Ho Show! Recorded with “The Aliis and was the solo voice on many recordings with the Aliis!

New CD titled “Something” released July 2006.  Something” recorded by Manny LaGod chosen for Oasis Sampler is the #1 song (out of 36 artists – 2-disc set) on Oasis Jazz Volume VI #3 Sampler.

Honolulu, HI – The Hawaii Academy of Recording Arts (“HARA”) presents the 2012 Lifetime Achievement Awards (“LTA”) on May 5th, at the Ala Moana Hotel.

Formerly of Don Ho and the Alii's 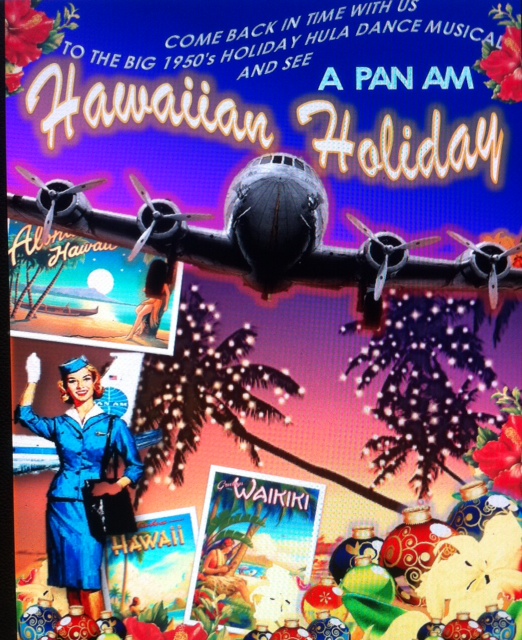 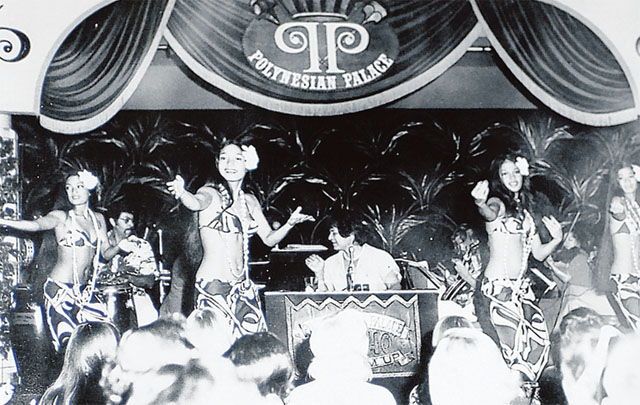 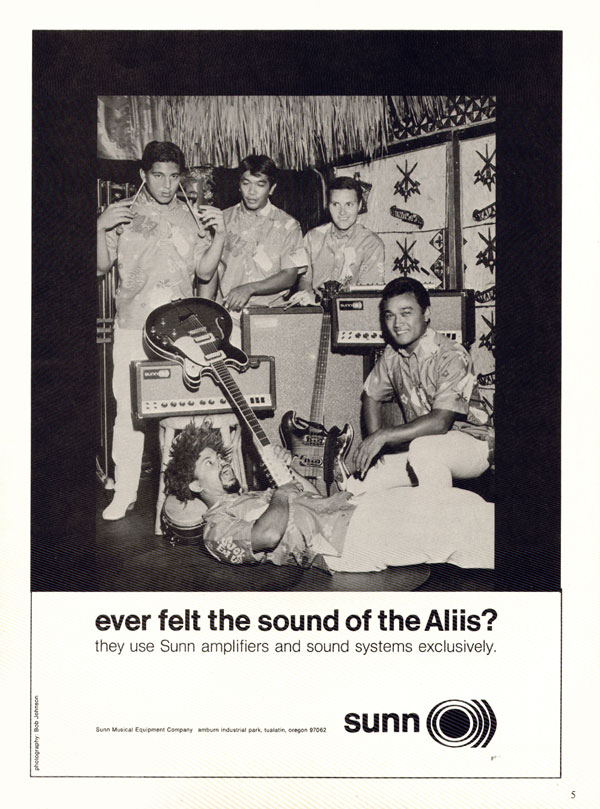 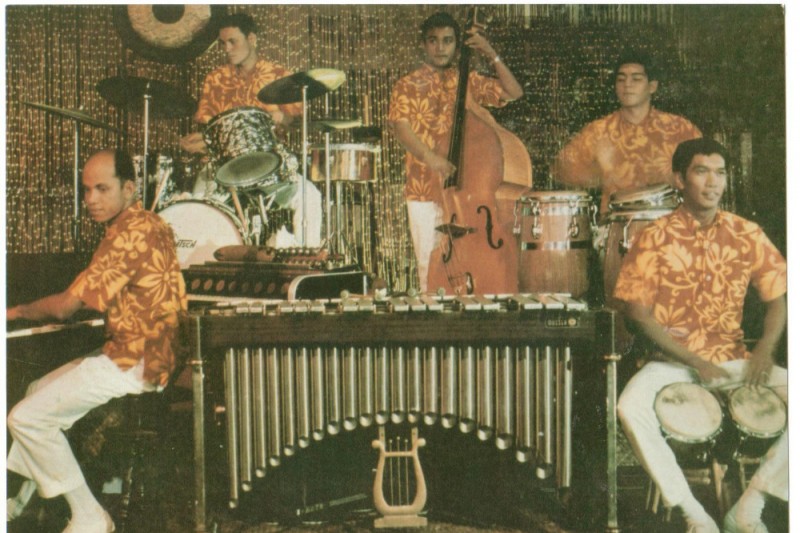 Don Ho and the Alii’s

The Aliis: Showroom entertainers and hit recording artists for two decades. Al Akana,  Rudy Aquino , Benny Chong, Manny Lagodlagod and Joe Mundo were the other half of Don Ho & The Aliis at Duke Kahanamoku’s in the 1960s. Carlos Barbosa, LD Cabral, Danny Couch and Bobby King contributed to the group’s success in the ’70s and early ’80s (Don Ho received the  Sidney  Grayson Award, the predecessor of the current Lifetime Achievement Award, in 1979).

“Tiny Bubbles,” released in 1966, was his signature tune, and most well-known hit. He performed it for a national audience in 2005 during the Pro Bowl halftime show, alongside “American Idol” also-ran Jasmine Trias.

A handful of tunes penned by Kui Lee, a local singer and composer, also were ’60s favorites, helping launch Ho’s career and giving him credence as a recording act. They include “I’ll Remember You,” “Lahainaluna,” “One Paddle, Two Paddle,” “She’s Gone Again” and “If I Had to Do It All Over Again.”

In 1978, Ho recorded a novelty song that became a local hit, heard often on Island radio stations: “Who Is the Lolo (Who Stole My Pakalolo?).” And in 2002, displaying his sense of humor, he recorded a cover version of Peter Gabriel’s “Shock the Monkey” for a compilation CD, “When Pigs Fly.” The track was turned into an animated music video.

Over the years, many of the performer’s sing-along party songs have been popular, too, including “Pearly Shells (Pupu A’o ‘Ewa),” “E Lei Ka Lei Lei” and “By the Shack, by the Sea.”

Ho recorded a Christmas album, on which his bilingual “Silent Night (Po La’i E),” sung in English and in Hawaiian, emerged as a holiday trademark.

Among his notable albums:

Though he made “Suck ’em Up” a household toast, he was bleeped out the first time he uttered these words on Johnny Carson’s “Tonight” show, in 1972. At the time, it was deemed too risque.He hated being photographed in profile.He was a handyman. “I love fixing up my house … with the help of a contractor,” he once said.He loved to golf, and hung out at the Ko’olau Golf Course (he had a 22 handicap). “Golf is something you’ll never conquer; it’s something to be challenged,” he said.He loved soybeans and recommended them widely in his later life. “Good for you and your health,” he said.He was hard of hearing: “I tried a hearing aid, but I hated it.”His name commonly pops up in crossword puzzle clubs: “Hawaiian entertainer (five letters).”He took a daily power nap. “Twenty minutes gets you going again,” he said. “It works for animals.”His image as Hawai’i’s tippling Dean Martin was toned down after the ’90s. In his earlier days, he routinely sipped Chivas Regal on stage. In later years, it was water or pineapple juice.He was the only Waikiki performer who regularly used a teleprompter, which displayed his song lyrics.

BRADY BUNCH, BATMAN AND CHARLIE’S ANGELS EMBRACED HO, Don Ho starred in a short-lived Hawai’i-based TV show on ABC, in 1976-77, which was taped at the Outrigger Reef Hotel’s Ocean Lanai.

But he guested on dozens of series, specials and films over the years. Among his credits:

Ho has been featured on many other TV shows in more recent times, including “Grand Ole Opry,” on E! Entertainment; “The Nick Cannon Show,” on Nickelodeon; “Insomniac with Dave Attell,” on Comedy Central; “Follow That Food with Gordon Elliott,” on the Food Network; “Home Matters,” on the Discovery Channel; “The Tourist,” on the Travel Channel; and the “Great American History Quiz,” on the History Channel.

Compiled by Wayne Harada at wharada@honoluluadvertiser.com. 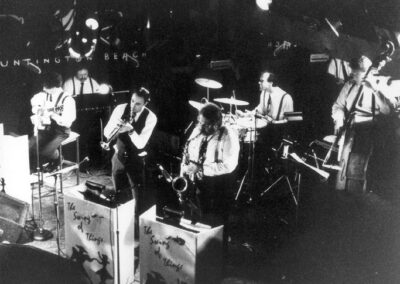 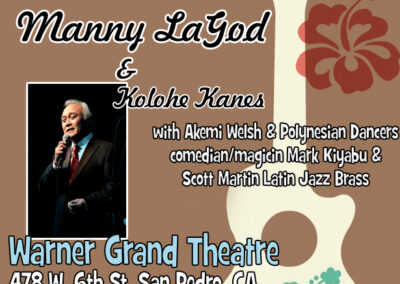 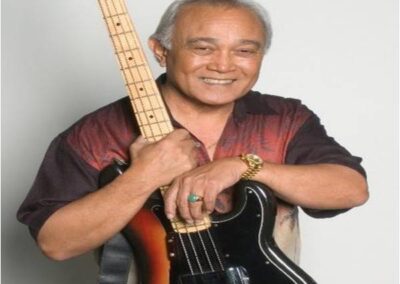 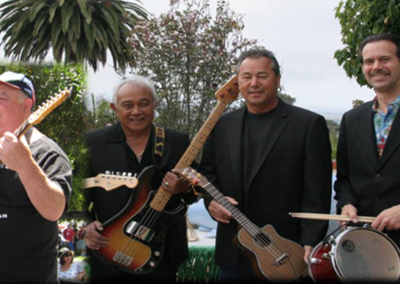 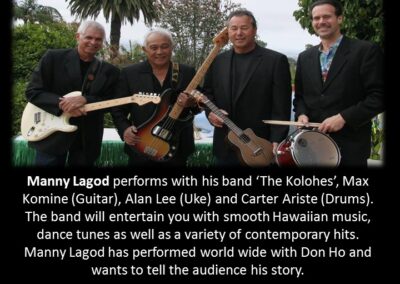 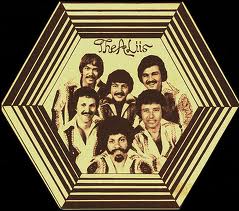 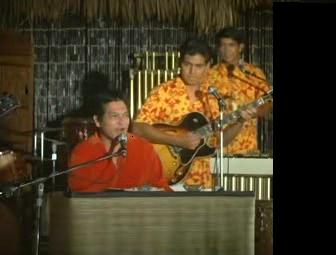 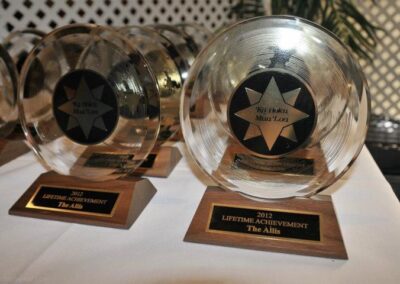 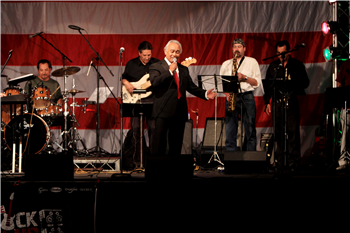 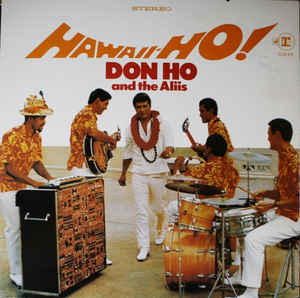 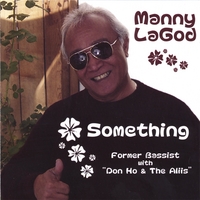 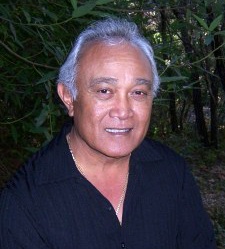 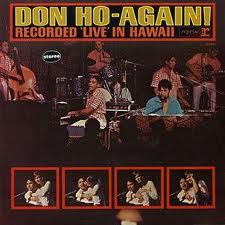 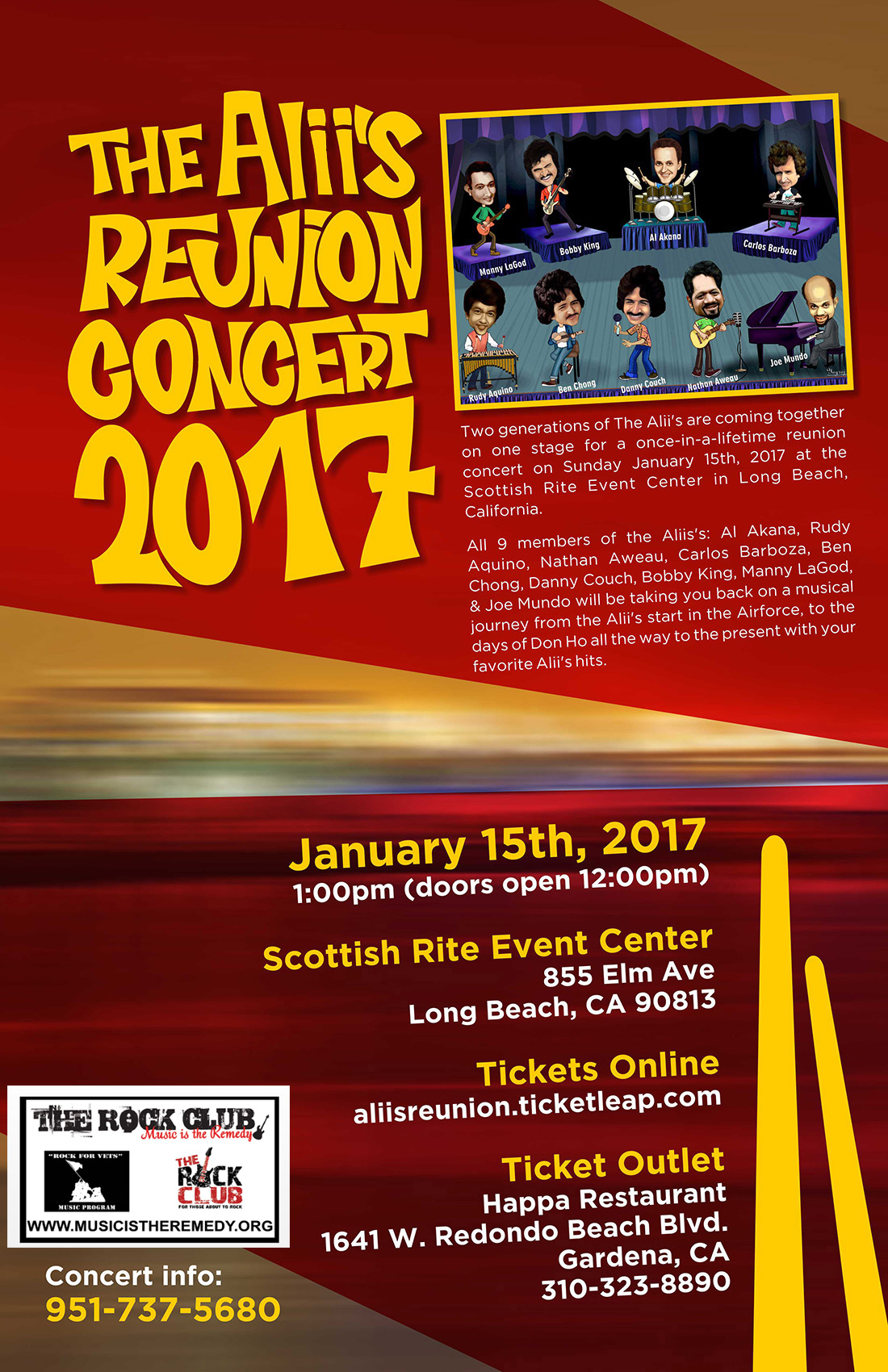 Two generations of The Alii’s got together on one stage for a once-in-a-lifetime reunion concert on Sunday January 15th, 2017 at the Scottish Rite Event Center in Long Beach, California.

All 9 members of the Aliis’s: Al Akana, Rudy Aquino, Nathan Aweau, Carlos Barboza, Ben Chong, Danny Couch, Bobby King, Manny LaGod,& Joe Mundo will be taking you back on a musical journey to the days of Don Ho all the way to the present with your favorite hits.

The Aliis formed in 1961 as a musical group representing Hawaii in the U.S. Air Force.  After serving our time while stationed at Bolling AFB in Washington D.C.  the group joined Don Ho in 1964.

It has been 55 years since the groups inception and the subsequent splitting up in 1973 when I was the first member to leave the group.  Monies donated will help travel expenses, hotel and transportation for the group to perform in the greater Los Angeles area.

The Aliis: Showroom entertainers and hit recording artists for two decades. Al Akana,  Rudy Aquino , Benny Chong, Manny Lagodlagod and Joe Mundo were the other half of Don Ho & The Aliis at Duke Kahanamoku’s in the 1960s. Carlos Barbosa, LD Cabral, Danny Couch and Bobby King contributed to the group’s success in the ’70s and early ’80s (Don Ho received the  Sidney  Grayson Award, the predecessor of the current Lifetime Achievement Award, in 1979). 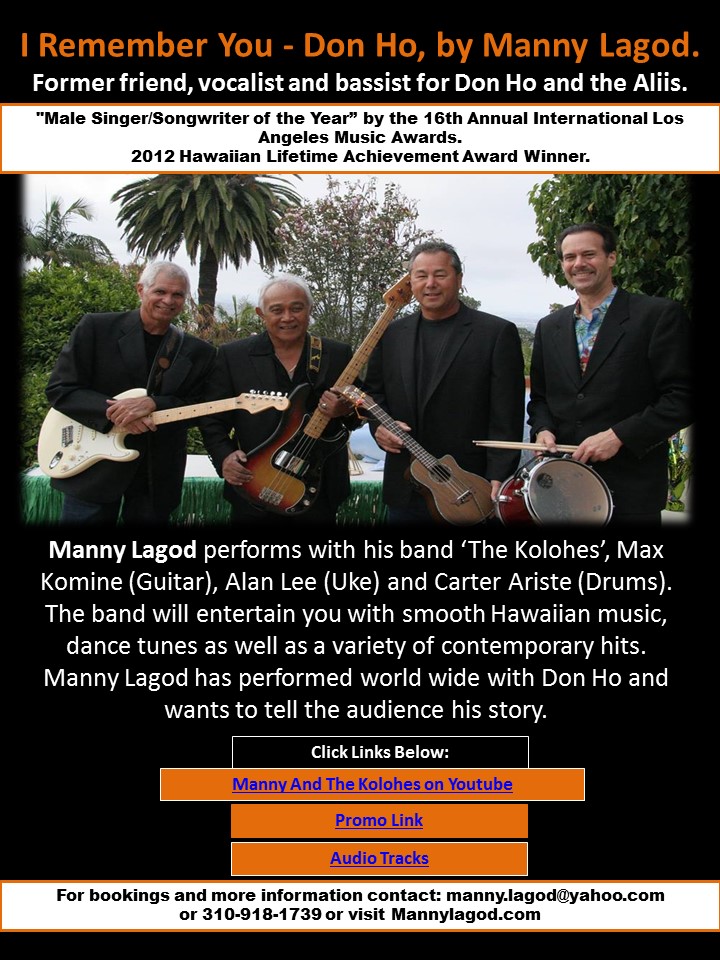